Copyright: © 2016 Sarka P, et al. This is an open-access article distributed under the terms of the Creative Commons Attribution License, which permits unrestricted use, distribution, and reproduction in any medium, provided the original author and source are credited.

We report clinical, radiological and anthropological findings from the first Czech patient with Kniest dysplasia whose radio-clinical diagnosis was confirmed by DNA studies. Kniest dysplasia is an inherited disorder associated with defects in type of collagen II with specific clinical and characteristic radiographic findings. Our affected girl had dysmorphic and radiographic features consistent with Kniest disease: cleft palate, hip dysplasia, dysmorphic flat face, short trunk and extremities, spine deformity, platyspondyly, short and broad femoral necks. Mental development was normal. Body height was below norm (-3.2 SD) and muscular hypotrophy of the extremities and trunk was noticeable. Molecular studies supported the diagnosis of Kniest disease by identification of the COL2A1 mutation (c.1023+1G>A) in intron 16.

The genetic transmission is autosomal dominant. Most of the patients are sporadic, representing new mutations of the determinant gene. The condition is a type 2 collagenopathy caused by mutations of the COL2A1 gene. Somatic and gonadal mosaicism occur [3].

We report the first Czech patient with Kniest disease whose radio-clinical diagnosis was confirmed by DNA studies.

This girl was referred to the Ambulant Centre for Defects of the Locomotor Apparatus in Prague at the age of 5 years with the diagnosis of an unclassified bone dysplasia.

She was born at term, weight 3350 g, length 48 cm, Apgar scores were 7-8-8. A soft and hard palate cleft were noted after birth. The pregnancy was uncomplicated except for a vaginal bleeding at 5 months for which the mother was hospitalised. No relatives were known to be of short stature or affected by a bone dysplasia. A sister aged 15 months is normal.

At the age of 8 months bilateral hip dysplasia was diagnosed. The palate was repaired at 12 months. Her motor development was delayed and she walked at 18 months. She has been followed by speech therapist. She is hypermetropic and uses spectacles for the whole day. She was treated with Pavlik’s harness followed by operation of the right hip at 18 months and left hip at 24 months. A fracture in the distal part of the left femur occurred after a fall at the age of 3 years, and a supracondylar fracture of the right femur after a car accident at the age of 5 years.

Physical examination at the age of 5 years revealed shortening of the trunk and the extremities. The girl had a dysmorphic flat face with hypertelorism, a small nose with a depressed nasal bridge, anteverted nostrils, down turned mouth corners and a thin upper lip. The teeth of the upper jaw were small and carietic. Her ears were low set and her hair was normal (Figure 1A). In the spine there was loss of thoracic kyphosis associated with lumbo-sacral hyperlordosis and a mild sinistro-scoliosis of the thoracic and lumbar regions. All the joints were prominent with limitation of the movements. There was valgus deformity of the knees and noticeable muscular hypotrophy. Bilateral clinodactyly of the 5th fingers and a simian crease in the left hand were other features (Figures 1B and 1C). The girl walked with short steps with semiflexion of the knees and hips. Her mental development was normal.

Anthropological examination at the age of 6 year:

Auxological summary: Significant shortening of upper and lower body segments. Extremities are more affected than the trunk. Growth failure is significant in comparison both with healthy population and the midparent height (mother 157 cm, father 176.5 cm). She is underweight, with a mild truncal deformity.

Radiolographic examination at the age of 5 years documented generalised skeletal changes which were consistent with Kniest dysplasia (Figures 3A-3F).

Figure 3 X-rays of the patient, 5 years of age. A: Pelvis and hips. The pelvis is small. The basilar portions of the iliac wings are shortened. The femoral necks are very broad and very short. The capital femoral epiphyses are very small and dysplastic. The left capital femoral epiphysis is flattened. B: Left hand. There is shortening of the tubular bones most marked distally. The first metacarpal is short and broad and the metaphyses of the tubular bones are widened. The epiphyses are flattened and slightly deformed. The carpal bones are abnormal in shape. A small supernumerary bone is present between the os navicularis and os lunatum. The distal femoral epiphyses are flattened. C: Knees and legs. The epiphyses are slightly flattened. The distal femoral epiphyses are large. The proximal tibial metaphyses are bowed superiorly. The fibulae are thin and shortened proximally. D, E: Spine A-P and lateral. There is generalized platyspondyly with slight anterior wedging of the thoracic vertebrae. The lumbar spinal canal is relatively wide. F: Skull. The cranium is large in relation to the face. And there is hypoplasia of the facial bones. The upper facial bones are more severely affected.

Densitometric examination DXA (Hologic Discovery A, S/N 85046) was carried out at the age of 7 years. The BMD of both femurs and the whole body corresponded to a low bone mass for the chronological age.

In 9 years of age repeated DXA examination proved an increase of the whole body BMD about 12.8% (Figure 2) and lumbar spine BMD on 10.8%.

The routine blood and urine examinations

The family history was negative. The affected girl represented an isolated case in the family. Karyotype 46, XX, 14ps+.

Supported the diagnosis of Kniest disease by identification of the COL2A1 mutation (c.1023+1G>A) in intron 16 (Department of Medical Genetics, Antwerp University Hospital, B-2650 Edegem, Belgium).

Kniest disease is a rare spondylo-epi-metaphyseal dysplasia with suggestive dysmorphology and a characteristic radiographic pattern [1].

The dysmorphic features consist of a flattened nasal bridge, hypertelorism and a small jaw. A short trunk with kyphosis, short extremities with prominent joints and restricted mobility are distinctive features which are present in the first few years of life. Cleft palate, myopia and hearing loss occur in up to 50% of affected individuals [1].

Identification of Kniest disease is more difficult in new-borns and infants as some characteristic manifestations are age-related. There is a progression of bone contractures and spine deformities during the growth. In a dysmorphic child with short stature and cleft palate the diagnosis of Kniest disease should be considered. Coronal clefts in the vertebral bodies are an important radiographic sign for the early diagnosis [2].

The representative radiographic findings consist of hypoplasia of the facial bones, platyspondyly with anterior wedging of the vertebral bodies, shortened sacro-iliac notches, short femoral necks, late appearing or absent capital femoral epiphyses, broad metaphyses particularly those of the femoral neck, large knee epiphyses and dysplastic epiphyses of the short tubular bones. Pseudo-epiphyses of the metacarpals are – if present – a significant diagnostic indicator of Kniest disease.

The diferential diagnosis of Kniest disease in early childhood is with other spondyloepimetaphyseal dysplasias, particularly Strudwick type [4] and allied disorders [5]. In later childhood Collagen II osteopathies, especially spondyloepiphyseal dysplasia congenita (Spranger-Wiedemann disease) [6] warrant consideration. Both have dysmorphic faces, while myopia and cleft palate may be present. Radiographic differences in these disorders are the greater severity of the hip changes and more advanced epiphyseal abnormalities in Kniest disease. On the other hand, patients with Kniest dysplasia are slightly higher than those with SED [7]. Molecular investigations are useful in early childhood and in doubtful cases.

Kniest disease is inherited as an autosomal dominant trait but most of the patients are sporadic, representing new mutations of the determinant gene. The condition is a type 2 collagenopathy caused by mutations of the COL2A1 gene [8]. The differences in the severity of the clinical course are due to intramolecular heterogeneity. Somatic mosaicism is another possibility. The final body height ranges from 106 to 145 cm, growth of our patient is in this range.

The authors present the first Czech patient with Kniest dysplasia whose radio-clinical diagnosis was confirmed by DNA studies. The affected girl had dysmorphic and radiographic features which were consistent with this diagnosis. The final height will be probably between 130 and 140 cm.

Authors thank the parents of the presented proband for close cooperation during repeated examination and treatment and their consent to publish indispensable photos. 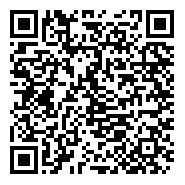