Osteogenesis Imperfecta (OI) is a type I collagen biosynthesis disorder caused by COL1A1 mutation, and its characteristic osteoporosis is the result of an increase in bone resorption. Bisphosphonate is a useful treatment for osteoporosis due to its anti-resorptive effect, which results from a reduction of osteoclastic activity. The authors confirmed the presence of two novel COL1A1 mutations in each of two Korean boys with typical OI type I and observed clinical and radiologic improvements from successful intravenous pamidronate therapy.

Osteogenesis Imperfecta(OI), is a heterogeneous genetic disorder of type I collagen biosynthesis. The bones of the patients with OI are fragile and easily fracture, resulting in deformity and growth deficiency. According to clinical, radiologic, and genetic criteria, OI has been classified into four types [1]. However, after it was reported that COL1A1 mutation was the cause of OI [2], the number of OI types increased with up to fourteen types based on newly detected genetic mutations. Most primary defects in type I collagen are inherited as autosomal dominant, whereas deficiencies of proteins interacting with type I proto-collagen are inherited as autosomal recessive [3]. The revised 2015 Nosology and classification of genetic skeletal disorders, under the heading of “OI and decreased bone density group”, has divided the OI syndrome into five groups: OI type 1 (non-deforming OI with blue sclerae), OI II (perinatally lethal), OI III (progressively deforming), OI IV (moderate form), and OI V (OI with calcification in interosseous membranes) [4,5]. Osteoporosis observed in most OI cases, is the result of an increase in bone resorption rather than from bone formation with small progressive bone loss [6]. Bisphosphonate treatment, aimed at reducing osteoclast activity, has been initiated in many children with OI after precautious evaluation by the treating physician [7,8]. In that regard, cyclic intravenous bisphosphonates treatment has become the gold standard for children with moderate to severe OI [5].

Herein, we present two Korean boys who were suspected to have OI type I due to their spontaneous fractures without trauma, blue sclera, and family history. Each boy was confirmed to have a novel COL1A1 mutation. Both boys exhibited excellent clinical and radiologic improvement with cyclic pamidronate treatment.

The boy was born from non-consanguineous parents at term by cesarean section without perinatal problem. He could sit alone at 9 months and walk alone at 12 months. At 12 months of age, spontaneous fracture developed in the right femur. After the first fracture, the patient suffered five more non-traumatic fractures before the age of 3 years 2 months, when the left tibia fracture occurred non-traumatically (Figure 1A). At that time, he was 99.6 cm (75-90th percentile) tall, and weighed 15.6 kg (50-75th percentile). Except for blue sclerae, abnormal findings including hearing impairment, dentinogenesis imperfecta were not noted. The boy’s mother also had blue sclerae and a history of frequent fractures until the age of 15 years. She had neither bony deformities nor joint motion limitation. His father and younger sister had no such histories. Except for mildly increased alkaline phosphatase, other biochemical tests produced normal results. Gene analysis showed a novel heterozygous missense mutation of COL1A1 (c.2T>G, p.Met1Arg) in the patient and his mother, which was previously reported [9]. We treated with monthly cyclic pamidronate infusion with the following protocol: 10 mg/m2 body surface area (BSA) for 1 ~ 3 months, 20 mg/m2 for 4 ~ 6 months, and 30 mg/m2 after 7 month [10]. Pamidronate was intravenously infused over 4 h at concentration of less than 0.1 mg/mL in isotonic saline. Concomitantly, 200 mg of elemental calcium and 0.25 μg of 1,25-dihydroxycholecalciferol (1,25 [OH]2D3) were administrated daily for 7 days. After cyclic pamidronate treatment for 18 months, his lumbar bone mineral density (BMD) increased from 0.404 g/cm2 (Z-score: -3.56) to 0.459 g/cm2 (Z-score: -0.67), and a femur X-ray showed healed fracture as well as a metaphyseal Zebra sign (Figure 1B). No adverse events were found during the therapy. Subsequent to the 18 months of cyclic pamidronate treatment, no further fracture has been observed for 3 years, and his growth has remained normal. The boy was born at term with a birth weight of 2.9 kg. His parents were not consanguineous. His limb, joint, and skin were not remarkable at birth, and his developmental milestones were normal. Around the age of 12 months, when he could walk alone, frequent fracture developed at fibulae, clavicles during falling or sitting down. Before entering primary school, frequent non-traumatic fractures occurred every 1-2 years. At 7 years of age, it was recommended that he avoid strenuous exercise under the impression of OI. When he was 9 years and 11 months old, right femur fracture developed while falling down on the road. After open reduction and internal fixation of the right femur, his walking was limited for a prolonged period of time (Figure 2A and 2B). At the age of 11 years and 8 months, both femurs were fractured during falling down at home and the thoracolumbar spines were observed to be osteoporotic with concave vertebral bodies (Figure 2C-2E). On examination, his height was 143.5 cm (25 ~ 50th percentile), and weight was 49.2 kg (75 ~ 90th percentile). Except blue sclera, no clinical signs of ear, eye, heart, lung, and neurologic problems were observed. Dentinogenesis imperfecta was not observed. The patient’s intellectual development was normal. Results of biological tests were within normal ranges. His mother also had blue sclera and several episodes of non-traumatic fractures of various bones until the graduation of high school. However, for the past 20 years, she has not experienced any fracture. She did not have visual and hearing impairment, moreover, limitation of joint movement, and bony deformity were absent. Based on these findings, the patient was diagnosed as OI type I. Following molecular genetic analysis, a novel heterozygous nonsense mutation in COL1A1 ( c.1856G>T, p.G620X) was observed in both patient and mother (Figure 3). The boy was managed with the same protocol of pamidronate therapy as that for case 1. After 12 months of cyclic pamidronate treatment, he could walk with the aid of a cane. Even though the femur lengths were somewhat different, and he could walk alone after 18 months of therapy and exhibited healed fractures and improved osteoporotic status (Figure 2F and 2G). He has had no further fractures since ending pamidronate therapy. His growth showed normal during pamidronate therapy. Lumbar BMD increase from 0.415 g/cm2 (Z score: -3.35) before therapy to 0.517 g/cm2 (Z score: -2.71) after 18 months of therapy.

Figure 2: A. Image of right femur fixed with K-wire at 9 years and 11 months of age. B. Distal part of Left femur showing a supracondylar fracture. C. At 11 years and 8 months of age, right femur was re-fractured in the state of internal fixation. D Left femur also re-fractured at a previously healed fracture site. E. Most of the thoracolumbar spines were osteoporotic with concave vertebral bodies. F and G. At 13 years and 2 months of age and after 18 months of pamidronate treatment, both femurs showed healed fracture and improved osteoporotic changes. Based on the well-established use of bisphosphonates for bone diseases associated with excessive resorption in adults, there has been a successful application of bisphosphonate in pediatric bone diseases, particularly in OI [11]. A recent review discussed the beneficial effects of bisphosphonates in pediatric disorders, such as, idiopathic juvenile osteoporosis, secondary osteoporosis from glucocorticoid use, hypercalcemic disorders, and heterotopic calcification [12]. As analogs of pyrophosphate, bisphosphonates are absorbed into hydroxyapatite crystals, which make them resistant to enzymatic degradation [8]. Therefore, continuous bone formation can increase cortical width and trabecular number [13]. The biosynthesis of isoprenoid compound by farnesyl pyrophosphate synthase is essential for the posttranslational modification of GTP-binding proteins. Inhibition of farnesyl pyrophosphate synthase by nitrogen-containing bisphosphonates explains the potent loss of bone resorbing osteoclastic activity during bisphosphonate therapy [11]. A recent study showed that bisphosphonates can prevent osteoblast and osteocyte apoptosis, which is dependent on the expression of connexin (Cx)43 [14]. In addition, a study of intravenous pamidronate therapy for OI patients showed a gradual increase of lumbar bone density and a decrease of bone turnover [10]. As a result, bisphosphonate therapy is increasingly used for OI and other osteoporotic conditions in children; however, the most effective dosing regimen has yet to be defined. Various dosage regimens have been derived from the personal experience [15], and from a large but uncontrolled study [7]. Lee et al. used a dosage based on that used for lytic bone metastasis and Paget’s disease in adults and recommended calcium supplements 2 weeks before and 2 weeks after each infusion in order to avoid the possible complication of hypocalcemia [16]. Another dosage schedule of intravenous pamidronate was based on experience related to the treatment of hypercalcemia and osteolytic bone metastases in children, and the duration of that treatment was at least two years [10]. A dose schedule of monthly intravenous 30 mg/m2 BAS resulted in decreased fracture frequency and increased BMD without significant adverse events in Korean OI patients [17]. Of the 10 OI children treated with cyclic intravenous pamidronate for 1.8 years (1 mg/kg/day for three days every three months), nine children were pain free, four children had no further fracture, and one child had improved mobility [18].

Reduced bone turnover with bisphosphonate treatment has not been reported to compromise bone growth and fracture healing. However, some children with OI who had already severe limb deformities prior to therapy had not had their ambulation and independence improved even with the reduced fracture frequency associated with bisphosphonate therapy [16]. The case 2 patient showed unequal femur length. Frequent fractures of both femurs, especially in the compressed left supracondylar area, resulted in a shortened left femur, which did not improve after pamidronate treatment. The known acute adverse effects of bisphosphonates were flu-like syndrome and hypocalcemia. Asymptomatic hypocalcemia was noted in case 2 even with calcium and vitamin D supplementation (data not shown). Delayed bone healing was reported only after intramedullary rodding procedure, but not after fracture. Drug-induced osteopetrosis is related to cumulative overdose of bisphosphonate. Known side effects, such as atypical femur fracture, osteonecrosis of the jaws, and orbital inflammation have been reported only in adult, not in pediatric patients [12]. Potential adverse effects of bisphosphonate therapy are a marked decrease in cancellous bone remodeling and an increase in the amount of residual calcified cartilage within secondary spongiosa. It is unclear at present whether this structural abnormality has long-term detrimental effects on bone stability [13]. After being desorbed from the hydroxyapatite during bone resorption, bisphosphonates are taken up by osteoclast and subsequently taken up by the skeleton or released into circulation. Therefore, bisphosphonates can be further embedded in bone during continuing bone formation, in spite of their relatively short intravenous half-life (1-2 h) [19]. Urinary excretion of pamidronate after cessation of long-term treatment has continued for up to 8 years [20]. Because of insufficient evidence supporting routine use of bisphosphonates in clinical practice, bisphosphonate-based therapy should be restricted to specialist with experience in the management of pediatric bone disease [12].

This work was supported by a research grant from Chungbuk National University in 2015. 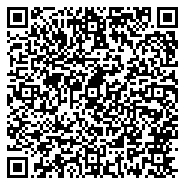